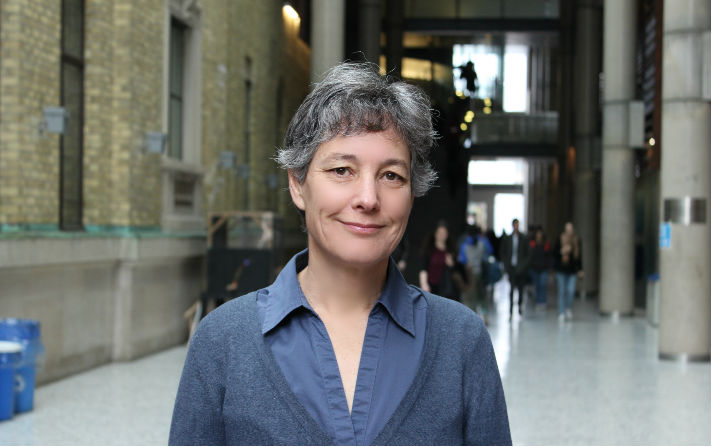 Elizabeth Edwards holds Bachelor’s and Master’s degrees in Chemical Engineering from McGill University, Montreal, and a PhD degree (1993) in Civil and Environmental Engineering from Stanford University. She is internationally known for her work on bioremediation, on the application of molecular biology and environmental genomics to microbial processes, and the translation of laboratory research into commercial practice.

Her expertise is particularly focussed on microbial processes that occur in the absence of oxygen, and her research has led to the development of novel bioremediation strategies and tools for cleaning up groundwater pollutants. A spin-off, SiREM Laboratories was founded in Guelph in 2002 to market anaerobic microbial cultures from the Edwards lab for bioaugmentation at contaminated sites. She has led several successful large-scale collaborative research partnerships with industry to foster knowledge transfer into practice.

She is the founding director of BioZone, a centre regrouping professors, students and staff built on principles of collaboration, teamwork and research excellence. Her research has garnered several awards, most notably a Natural Sciences and Engineering Research Council of Canada (NSERC) Women’s Faculty Award (1995), a Premier’s Research Excellence Award (2003), a Killam Research Fellowship (2008), and an NSERC Synergy Award for Innovation with Geosyntec Consultants (2009). She is a fellow of the AAAS (2011), and was inducted into the Canadian Academy of Engineering (2011) and the Royal Society of Canada (2012). 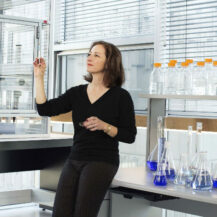 Molly Shoichet has published over 500 papers, patents and abstracts, and given over 350 lectures worldwide in the fields of regenerative medicine, tissue engineering and drug delivery.