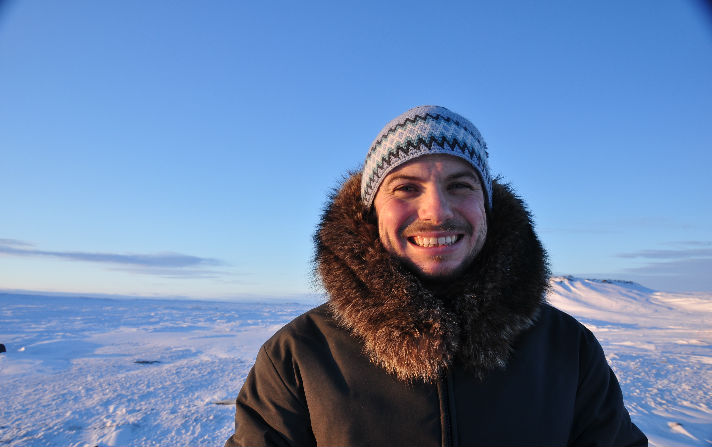 How is land, sea and ice based knowledge learned, taught and practiced in the contemporary Eastern Canadian Artic?  How are new technologies and resource extraction economies integrated into Inuit life & culture?  To answer these questions Ezra combines anthropological methods, collaborative geomatics and participatory GIS.

Having completed an undergraduate degree at UBC Ezra was already familiar with the campus and the city of Vancouver.  Ezra was originally interested in archaeology, particularly ancient Egypt and Greece.  However, during the course of his undergraduate studies, particularly during field schools in the Canadian Arctic and living in Mexico on a study exchange, Ezra’s interest moved to people currently living.  His supervisor Professor Susan Rowley and his wife Krista Zawadski — an Inuk anthropologist and academic – have both been a source of encouragement and inspiration.

Ezra hopes that through his work people of Nunavut from all generations will continue to share knowledge and best practices inter-generationally.  This will in turn hopefully lead to government initiatives to support Inuit ways of life in a manner suitable to the people.

Before beginning his PhD Ezra worked as a GIS Technician with the Stó:lō Research and Resource Management Centre between 2014-2016, working on projects related to land claims, natural resource development projects, cultural rights, land and resource management, tourism.  He also undertook a three-week bicycling tour from the Black Forest to the Black Sea to raise funds in support of research to cure interstitial pulmonary fibrosis.  An avid outdoorsperson, Ezra enjoys hiking, fishing, camping as well as music and books.  His greatest accomplishment and pride comes from the family he has built together with his wife.

“William Blake’s line from The Marriage of Heaven Hell, “You’ll never know what is enough unless you know what is more than enough” has always been an inspiration for me. Finding out that nebulous boundary between enough and more than enough has kept life interesting.” 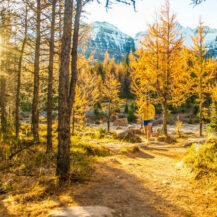 Being a Killam Laureate means I am able to more fully realize my aspirations of research and community engagement. It means the ability to fully pursue my study and my passion.