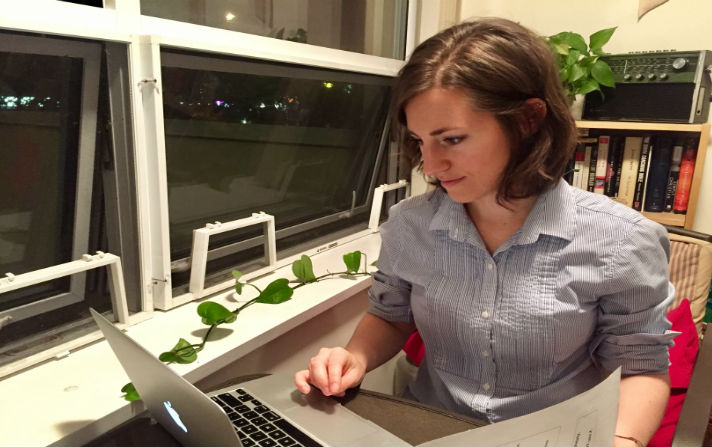 After completing an MA in behavioural neuroscience Robyn felt she would prefer to help people by interacting directly with them.  Inspired by the work being done by Dr. Shelley Hymel in the Department of Educational and Counselling Psychology & Special Education Robyn was also excited by the opportunity to live in Vancouver, making UBC, with its size and excellent reputation a natural fit.

I hope my research will improve the lives of children through a greater understanding of the situational and individual factors that lead to bullying.

According to a recent book by Chuck Klosterman (2013), the villain in any situation is the person who knows the most and cares the least. Inspired by this idea, Robyn’s research is situated at the intersection of neuroscience, emotional intelligence, social power, and bullying. Despite research and intervention programs developed and implemented around the globe that aim to eradicate bullying, it continues to be rampant in Canadian schools. The long-term, negative impact of bullying has been well documented not only for victims, but also bullies and bystanders. Robyn’s research focuses on how individuals respond in bullying situations (be they bullies, victims, passive bystanders, or defenders) based on social power dynamics, social acuity, and levels of empathy. Roles are not static; an individual may be a bully in one context and a defender in another. By investigating the interaction of empathy and social acuity within the peer social structure, and how they impact the responses of individuals during bullying episodes, we will gain a greater understanding about the situational factors that create defenders rather than passive bystanders, or bullies rather than victims. By doing so, we will be able to design more effective intervention programs and prevent the long-term negative impacts that bullying is having on our young people every day.

Robyn counts her ability to build relationships with youth and families as a school psychologist as one of her proudest accomplishments. Using pscyhoeducational and neuropsychological assessment as a jumping off point, she is able to personalize learning paths, work towards improving weaknesses, as well as identify and celebrate strengths.

With Killam support Robyn has more freedom to pursue her research, which she hopes will have a larger positive impact on her community.  When not working Robyn can be found playing piano or soccer and exploring the beautiful Vancouver outdoors with her partner and their six month old son.