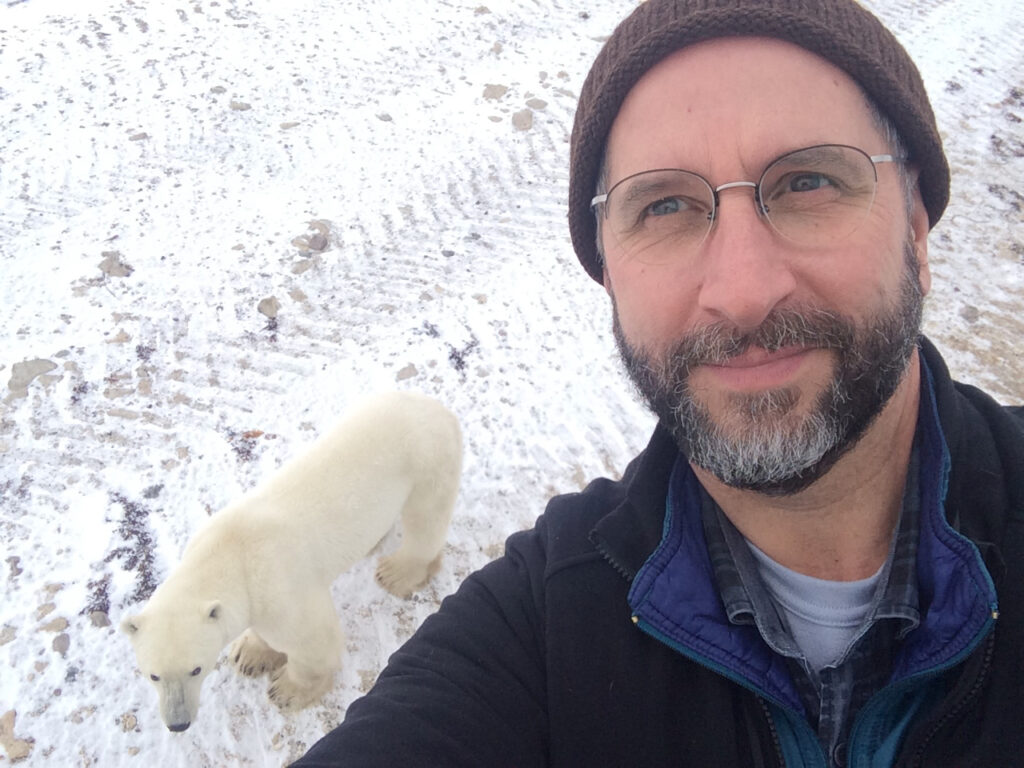 Andrew has studied polar bears and other Arctic species for over 35 years. Other research species include barren-ground grizzly bears, caribou, wolves, Arctic ground squirrels, Dall sheep, and peregrine falcons. His focus is predominantly in the Arctic but to facilitate graduate student training, He has also established a cougar research project in Alberta.  His research has an interdisciplinary approach and he has worked in a diversity of areas including ecology, behaviour, physiology, anatomy, and ecotoxicology. Andrew has worked with a wide variety of specialists and has used polar bears as a model organism.  His research has a strong collaborative component with international and national partners. In recent years, Andrew’s research has focused on the effects of climate change on polar bears.

My journey into Arctic research was more by chance than design. Growing up in Vancouver, I thought my future lay in studying large mammals in British Columbia.  When I was studying grizzly bears near Bella Coola on the central BC coast, a colleague asked me what I was going to do when the bears went into hibernation. I wasn’t sure but when he suggested polar bear research with a colleague in Edmonton, I was quickly on a new path.  My mentor Dr. Ian Stirling provided an opportunity to study polar bears and that was 35 years ago and this species took me to Norway to work as a research scientist for the Norwegian Government for 7 years.  For inspiration, I look to the bears.  They’re a fascinating species and I’ll run out of time long before I run out of questions about them.

The University of Alberta has been a centre of polar bear research since the 1970s.  In the last 20 years, the University of Alberta has emerged as a national and international leader in large mammal research.  Andrew has worked to provide information on their research to a broad audience.  He presents many public lectures (most recently in Ljubljana, Slovenia) to inform people on the effects of climate change.  He also presents their research and the issue more broadly in diverse forms of media.

My proudest accomplishment is the publication and communication of our science to both scientists and the public.  The threats facing polar bears is well understood by the public and this is the result of science communication.  I am also intensely proud of my students: it is immensely rewarding to help young scientists achieve their own goals.  I was given an amazing opportunity to study an amazing species and providing similar opportunities to the next generation of scientists has been extremely rewarding. 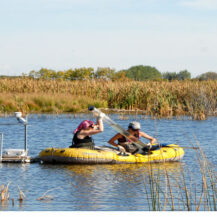 This scholarship allows me to focus fully on doing the best research I can. My research asks questions about the nature and trajectory of the recovery of restored prairie wetlands, with a specific focus on whether restored systems function the.