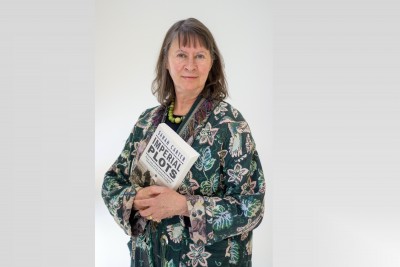 Sarah Carter’s ground-breaking scholarship has reconceptualized the history of the Canadian West by placing women, settler and Indigenous, front and centre, within a broad context of nation and empire-building. Her extensive research and writings have transformed our understanding of Western Canadian colonial, Indigenous, social, and women’s history.

She is an exceptionally prolific scholar and has published six highly-acclaimed monographs including Imperial Plots a ground-breaking study of the inequities of Canada’s laws that denied homestead land to most women in the Canadian west. Her studies of farming on Plains Indian reserves in the latter half of the 19th century have described how extensive structural barriers erected by Federal government agrarian policy of the time systematically impoverished Indigenous farmers and communities.

Her work has been recognized with numerous awards including, amongst others, the 2017 Governor General’s History Award for Scholarly Research and the 2017 Sir John A. Macdonald Prize for best scholarly book in Canadian History.

By focusing her work on race and gender, Sarah Carter’s work has enriched the story of the settlement of western Canada and made significant contributions to our understanding of 19th century Imperialism and transnationalism. As a prolific and widely-cited author, her acclaimed historical research has become a model for scholars the world over who seek to understand the complex historical interrelations between populations of colonizing settlers and Indigenous populations.