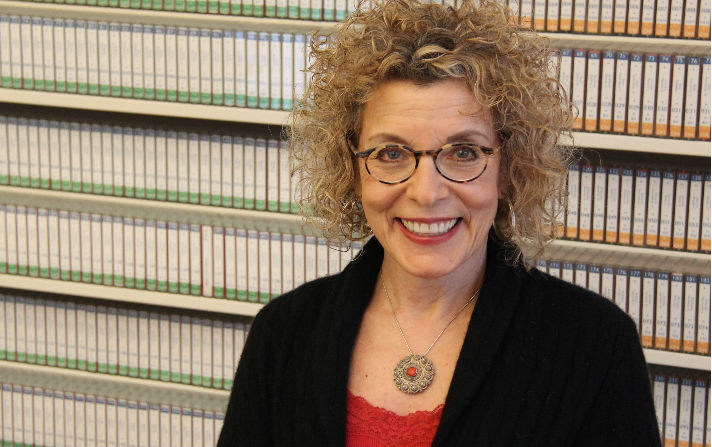 In bilingual communities across the world, “mixed” sentences like these abound.

‘There was a band there that played music all the time, and there were ball games, and uh, they sold ice cream and there was a big beach, people would swim.’

Such language mixing is generally frowned upon by normative enterprises, teachers, parents, and even speakers themselves. It is often attributed to inadequate command of one or both of the languages and believed to lead to attrition, if not a whole new hybrid language (“Spanglish” or “Franglais”). These opinions are strong and pervasive – but do they have any basis in fact?

Shana Poplack is a linguistic mythbuster. Sociolinguist, Distinguished University Professor and Canada Research Chair at the University of Ottawa, she has spent more than 35 years scientifically testing claims like these. She extricates the answers from the language spoken by ordinary people in their everyday interactions. With colleagues and students from all over the world, she has analyzed the bilingual discourse of speakers of more than a dozen language pairs – first and foremost, our two national languages, but also English mixed with Spanish, Tamil, Ukrainian, Igbo, Persian, Turkish and Japanese, as well as French mixed with Fongbe, Wolof, Tunisian Arabic or Vietnamese, for example. Systematic quantitative analysis of the mixed sentences contained in hundreds of hours of recorded conversations involving all of these language pairs led to surprising discoveries – many of which fly in the face of received wisdom.

The results of this long-term research programme have now been synthesized in a new volume, Borrowing: Loanwords in the Speech Community and in the Grammar (Oxford University Press, 2018).

In contrast to most other treatments, which deal with the product of borrowing, this book examines the process: how speakers go about incorporating foreign items into their bilingual discourse; how they adapt them to recipient-language grammatical structure; how these forms diffuse across speakers and communities; how long they persist in real time; and whether they change over the duration. Attacking some of the most contentious issues in language mixing research empirically, it tests hypotheses about established loanwords, nonce borrowings and code-switches on a wealth of unique datasets on typologically similar and distinct language pairs. A major focus is the detailed analysis of integration: the principal mechanism underlying the borrowing process. Though the shape the borrowed form assumes may be coloured by community convention, Poplack shows that the act of transforming donor-language elements into native material is universal.

Emphasis on actual speaker behaviour coupled with strong standards of proof, including data-driven reports of rates of occurrence, conditioning of variant choice and measures of statistical significance, make Borrowing an indispensable reference on language contact and bilingual behaviour, especially in the Canadian context.

Shana Poplack is Distinguished University Professor and Canada Research Chair in Linguistics and director of the Sociolinguistics Laboratory at the University of Ottawa. Her work applies theoretical and methodological insights gained from the study of linguistic variation and change to a variety of fields, including bilingual language mixing, language contact and grammatical convergence, the genesis of African American Vernacular English, normative prescription and praxis, and the role of the school in impeding linguistic change. She was named Killam Fellow in 2001 and was awarded the Killam Prize in the Humanities in 2007. Her work has also been honoured by a wide array of other awards, including the SSHRC Gold Medal for Research, a Trudeau Fellowship, the Premier’s Discovery Award, the National Achievement Award of the Canadian Linguistics Association, the Order of Canada, and most recently, an honorary doctorate from University College Dublin. 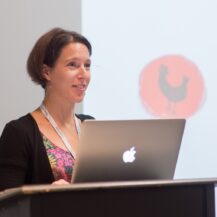 What gestures add to communication. I've always been thrilled by the possibilities of language. I remember making up my own language when I was a kid, and I used to take out my whole family’s maximum number of books from.