Gilbert Laporte is a world authority in the development of mathematical tools that help identify the best solution among a vast number of feasible options—facilitating decision-making for a range of optimization problems that arise in practice. Using very large datasets which account for complex constraints and uncertainty within such problems, Laporte has developed analytical tools and algorithms that have made an outstanding contribution to engineering research.

In an academic career that spans more than four decades, Laporte has written or co-written 20 books and over 600 scientific articles. Among his many honours and distinctions, he received two doctorates honoris causa, the Nature and Technologies Prize for Excellence from the Quebec Research Funds in 2017, and the Prix Marie-Victorin for Engineering or Natural Sciences from the Government of Quebec in 2018. In 2018 he also became a member of the Order of Canada. The following year he was elected international member of the National Academy of Engineering (USA). Working with the Interuniversity Centre on Enterprise Networks, Logistics and Transportation in Quebec, Laporte has been instrumental in the development of solutions for many real-world problems, including the routing and scheduling of delivery vehicles, the promotion of green transportation practices, the adoption of electric vehicles for goods transportation, the transportation of people with disabilities, the creation of electoral maps, the stationing of ambulance fleets, the construction of work schedules, and the distribution of community health services.

TheFutureEconomy.ca had the opportunity to speak with Gilbert Laporte – video with interview below. You can also listen to the podcast here. 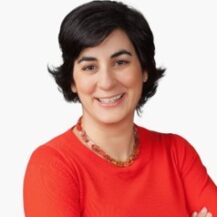 My project aims to understand the impacts of plastic pollution in harsh environments typical of Northern climates.